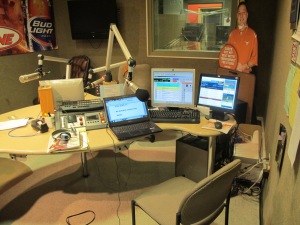 (SOTTO VOCE: SO I SAYS TO THE GUY, ‘YOU THINK THAT’S COLD. LET ME TELL YOU ABOUT THE TIME WE GOT SNOWED OUT IN THE CANADIAN ROCKIES. YEA…AND…)

ABSOLUTELY. ANOTHER PERFECT DAY FOR GOLF. I’M GUESSING THE FIRST TEE IS OPEN.

ACCORDING TO THE WASHINGTON POST: More than 100,000 customers in the Dallas area were without power Saturday, with about 7,000 in Oklahoma and thousands more in other states. Some 400 departing flights from DFW were canceled in the morning, the airport said. About 3,300 passengers stayed overnight in the terminals.

FEELS LIKE THE HOLIDAYS. GOSH, BEFORE YOU KNOW IT, TOYOTA-THON WILL BE HERE ONCE AGAIN.

JADED ABOUT ALL THE COMMERCIALIZATION? NOT ME.

OUR ENDEAVOR EACH WEEK IS TO ENHANCE OUR APPRECIATION AND UNDERSTANDING OF GOLF. THE GAME WE COME TO LEARN RELIES ON JUST TWO DOMINANT MUSCLE GROUPS OF ABSOLUTE NECESSITY TO COMPLETING THE  SWING: THE GLUTEUS MUSCLE GROUP AND THE ABDOMINAL MUSCLE GROUP.

IT REMAINS NEVERTHELESS A GAME OF:

IT SOUNDS LIKE THE NUMBERS ON MY SCORECARD FOR THE FIRST SEVEN HOLES: 5-6-6-5-564. THAT SEQUENCE HOWEVER WAS THE LATE SOUTH AFRICAN PRESIDENT NELSON MANDELA’S PRISON INMATE NUMBER FOR NEARLY 30 YEARS.

COINCIDENTALLY, THIS WEEK, WE HAD ONE OF THOSE INTERESTING MOMENTS WHERE SPORT AND REALITY INTERSECT. A TOURNAMENT WAS UNDERWAY IN SUN CITY, SOUTH AFRICA AS PRESIDENT MANDELA PASSED AWAY.

THE ASSOCIATED PRESS REPORTED GARY PLAYER WAS MOVED TO TEARS ON THE TEE BEFORE HIS EARLY-MORNING ROUND. ERNIE ELS SPOKE OF A PHOTO THAT HE CHERISHES WITH THE LATE NELSON MANDELA.

“One of South Africa’s first sporting heroes under Mandela’s presidency, four-time major winner Els had walked out of the players’ lounge a little after 6:30 a.m. to talk to reporters and share some of his precious memories of the time he spent with Mandela. Els said that since about 1996 and well into his old age, Mandela used to call the golfer every time he won a tournament.

“They were special times and the little time we had together was very special. He was just the most amazing person I have ever met,” SAID ERNIE.

“Player, South Africa’s most successful golfer and whose career so often clashed with South Africa’s dark years of apartheid, said he and three friends had prayed and then cried together over Mandela’s passing before playing a casual round first thing in the morning before the field went out.

“We all had a tear in our eyes, but it’s also a day of celebration because he’d want us to celebrate,” Player said. “And we’ve got to celebrate for what he actually gave this country. END QUOTE.